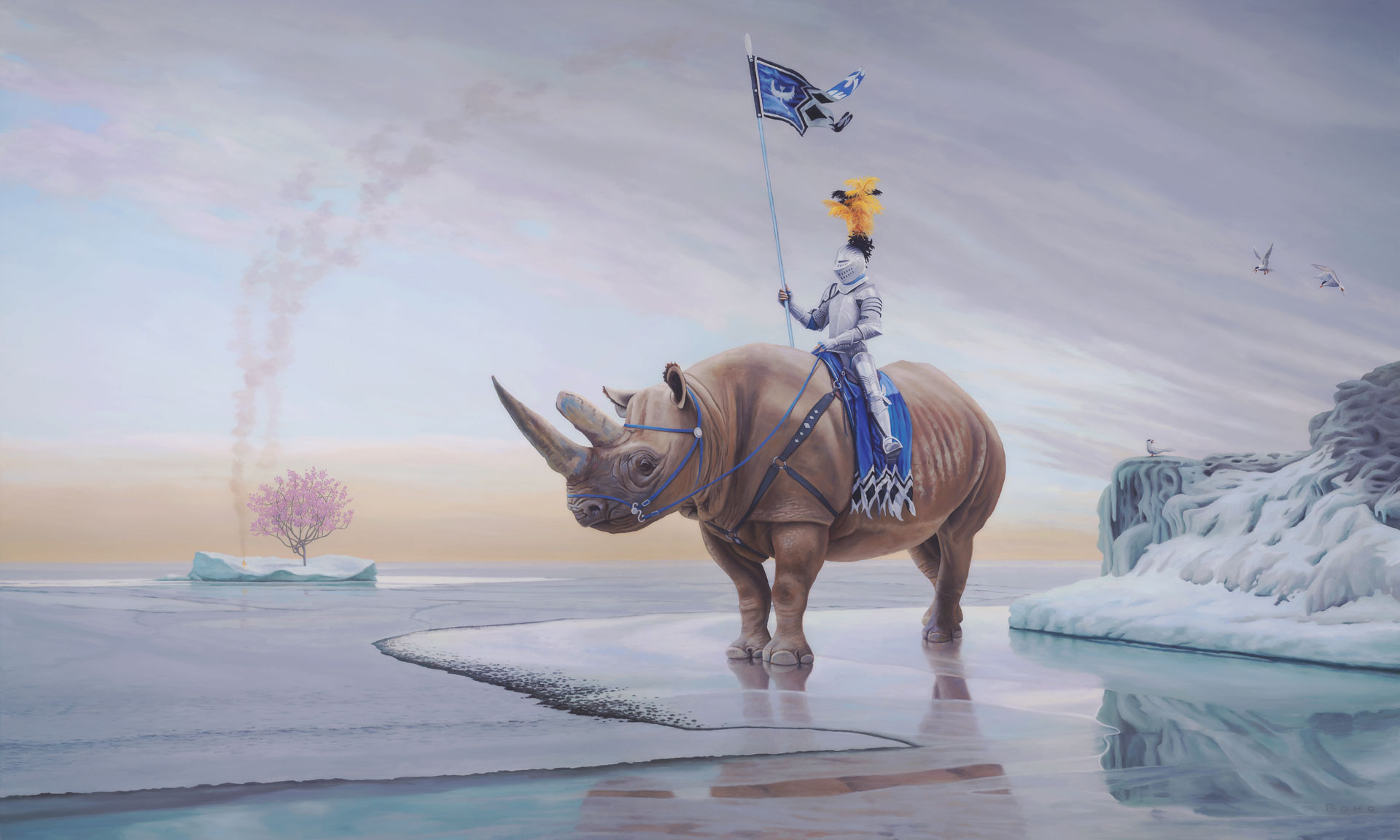 I painted this idea obsessively in my head for 6 months before finally getting down to its physical creation. The current state of political and planetary events gave it added urgency. The rhino represents the vanishing of species, but also of greed and ignorance, as the animal’s horn alone is taken for the money and unfounded medicinal value. The setting in the arctic brings to light the vanishing of the ice caps with perhaps even deeper consequences. The conquering knight symbolizes the dominant patriarchal society which often seeks profits over human sustainability. And the flowering tree on the ice flow, and the signal fire, is the sign – the song of the divine feminine – which I believe is now emerging to heal and balance an aching world.

Harbingers of a Vanishing World