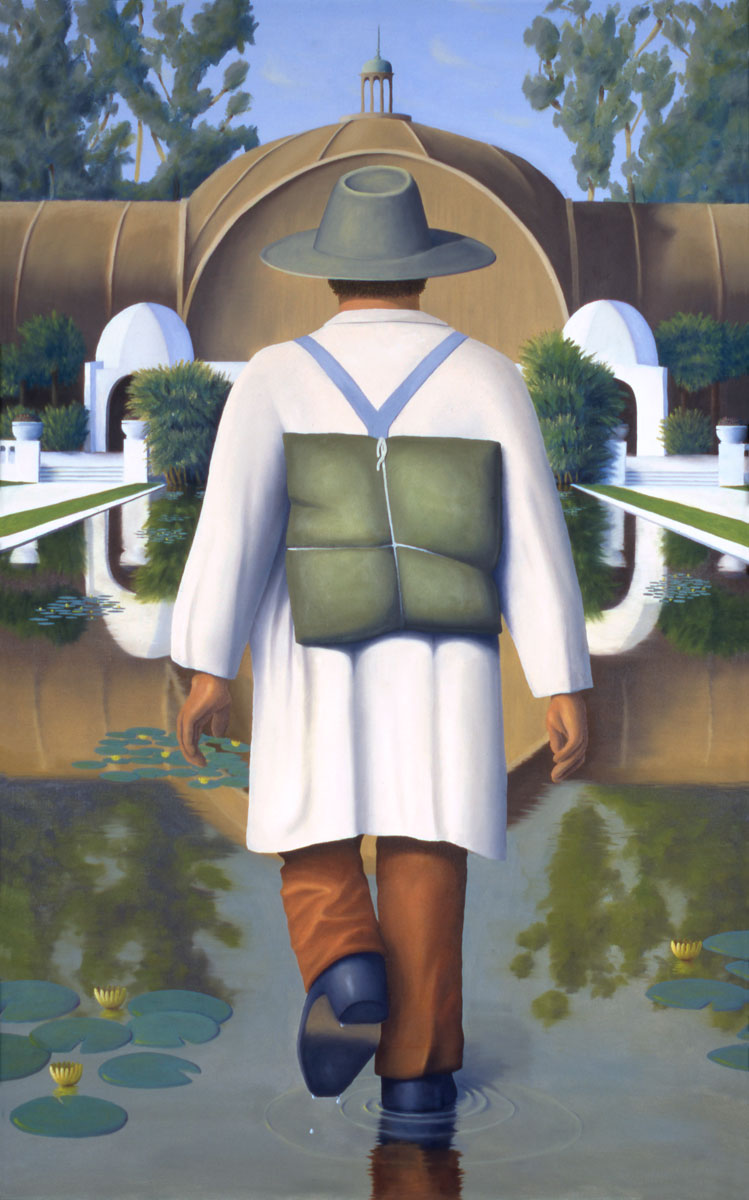 I was taking reference photos in San Diego’s Balboa Park one morning. I took a break by the fountain and there observed a very curious looking man get up from a bench, put on his pack and walk away over a bridge. There was an eerie fog along the ground that was just clearing. I never saw the man’s face. I tried to, and even followed him for a bit, but he never turned. He literally disappeared into the fog across the footbridge. At first I thought he was a homeless person, but it was a different kind of homelessness. I can’t quite explain, but it was almost like he didn’t belong on the earth. The whole episode was surreal. Back in my studio I was looking through the photos and the idea of him walking into and across the surface of the reflecting pool came to me – because in truth I would not have been any more surprised had that happened. For all I know he was an ethereal being, briefly touching down on the earth solely for my artistic benefit.

On The Path Of Knowing