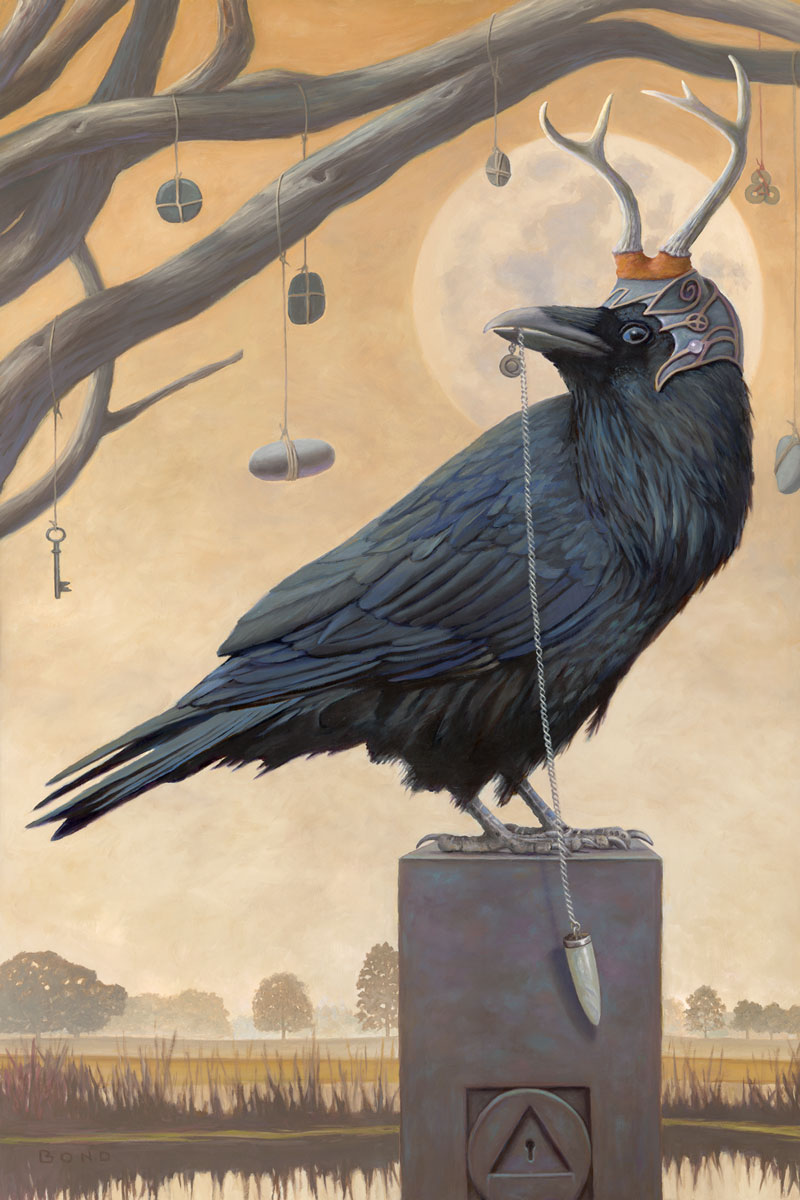 He nods in silent approval upon receiving my payment of a coin and two round stones, which I’m asked to secure to a tree. Removing a crystalline pendulum from beneath his wing, the shaman, in a barely audible voice, says gruffly, “we go here towards subjects in which words become meaningless,” and begins to swing it rhythmically from side to side. After a time, he ceases movement and I watch as the pendulum slowly comes to balance. “Ah, the middle way” I say proudly, “if you don’t go to the extremes one always finds their center point” – as if I’ve solved an elusive physics equation. But instead of the approval I was expecting, the shaman drops the chain, rolls his deep black eyes and sweeps his beak sideways in the international symbol for ‘hit the road, pal’.

A Roadside Shaman Attempts
to Explain the Tao