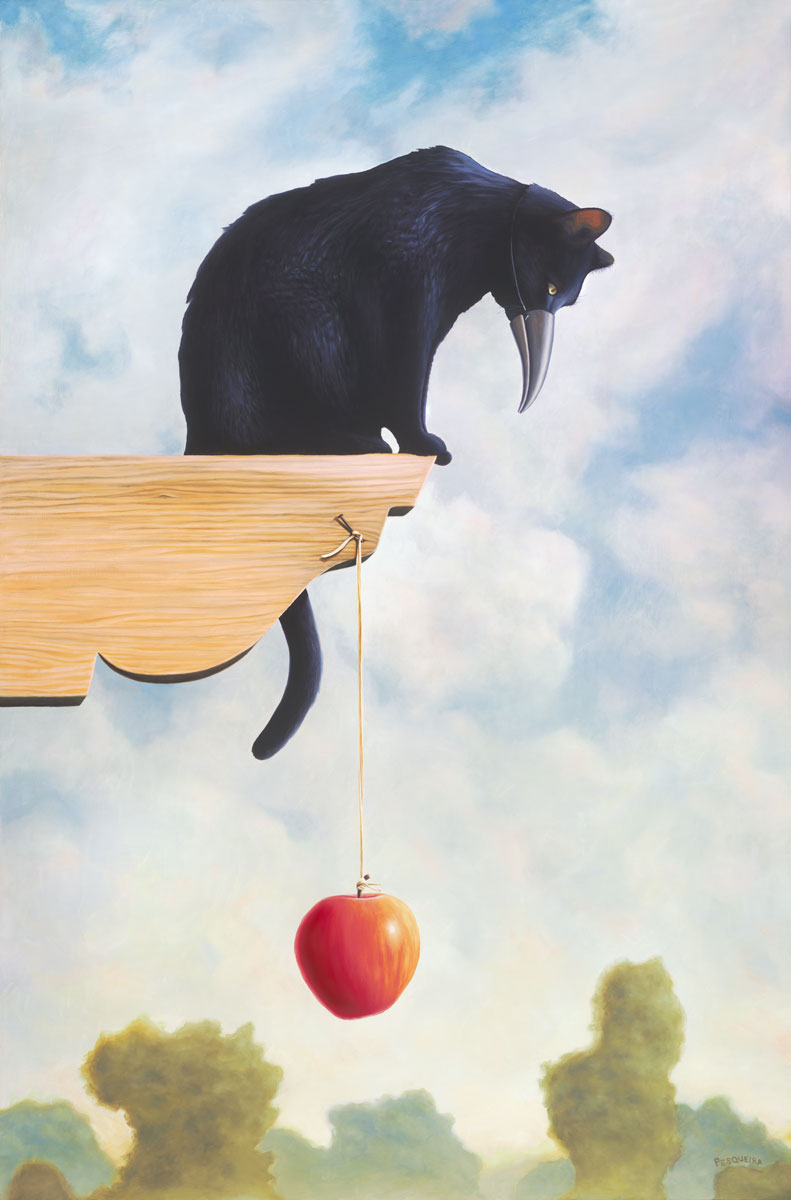 My cat was eyeing some giant ravens at the time, which I knew she would never catch. But as I watched, my own story evolved about what the cat may be thinking – which was, “how can I bring the birds to me”? So it became a study about temptation, deception and cunning, both in the animal and the human world. About people pretending to be something other than what they are as a means to an end. Aside from the sometimes resulting pain, this aspect of human nature can be quite comical in its transparency when viewed with hindsight.